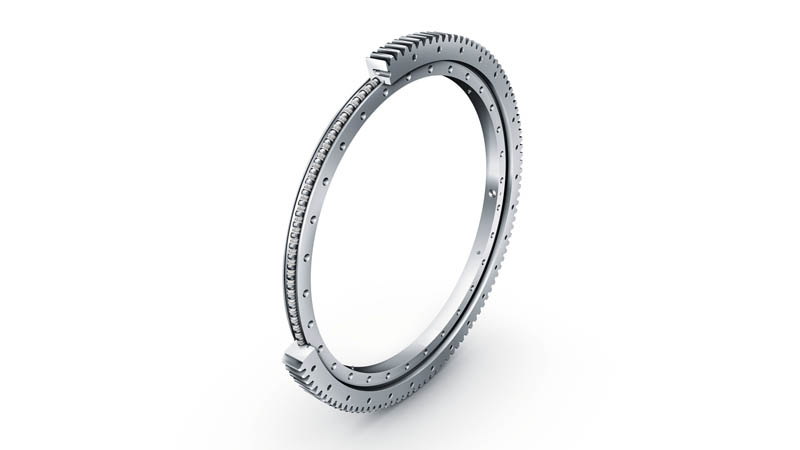 The bearings are mainly mounted in a horizontal position and are used to support axial forces and large tilting moments. Radial loads only occur to a subordinate extent. The bearing rings are generally screw mounted directly to the immediate parts of the adjacent construction.

The inner or outer ring can be provided with teeth to facilitate drive solutions.

Slewing rings are normally subjected to load while undergoing rotary motion only infrequently, slow swivel motion, slow rotation or while stationary and are mainly dimensioned on the basis of their static load carrying capacity.

The bearings are used for supports in excavators (in this case as a connecting element between the upper and lower structure), in cranes (for example as azimuth swivel bearings), in wind power for blade and tower adjustment and in many other areas of heavy machine building. They are used in applications where high loads are present and there is a requirement for pronounced operational security.